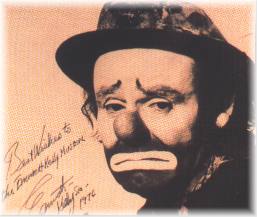 Welcome to Sedan! Nestled in the scenic Chautauqua Hills, this community of 1300 offers the very best in small town living.

Sedan became the county seat of Chautauqua County in 1875 after a bitter County Seat War. The county was named after Chautauqua, N.Y., the past home of a legislator involved in the dispute. The courthouse was built in 1918 and remodeled in 1989.

The city of Sedan was established in 1876. Legend says Sedan was named for Sedan, France, due to the similarity in the wooded, rolling hills. In the 1880\'s a building boom resulted in the construction of many brick, sandstone and limestone buildings downtown.

More than a dozen retail shops along Main Street are housed in structures built prior to the turn-of-the-century, including Ackarman Hardware, which opened its doors in 1879 and is the valued cornerstone of Sedan\'s business district.

OIL, discovered near Sedan in 1904 resulted in expensive exploration and production in the county. Today, more than a half million barrels of oil are produced annually in Chautauqua County and contribute to the Sedan economy.

St. Charles Country School House is Sedan's most scenic setting with gazebo, winding board walk over a stream,and an outdoor theatre all in the hollow open to all. "The Hollow"

We currently do not have any events for Sedan, Kansas in our database. If you know of events taking place, please add the event
.

Things to do near Sedan, KS