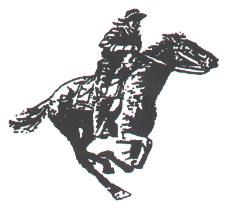 A ride down Main Street in Seneca displays its rich heritage. The street itself is one of the few left in the Midwest that is still paved with brick. Many of the buildings lining this street and elsewhere in the town, are rich with historical lore. Their facades reveal dates of establishments from the 1800s and many others attest to their use at the turn of the century.

J.B. Ingersoll, an early settler, chose this area to stake his claim in the winter of 1857-58. In one of the logs on his house "Rock Castle" was inscribed: thus, Seneca was first known as "Rock Castle." It was changed to Seneca when the town company took over the claim from Ingersoll. It is thought that Seneca was named after an Ohio town.

The growth of Seneca was influenced by its being on the routes of several major trails. Seneca was also fortunate enough to have a railroad line starting in 1870.

Seneca's lore also includes a story of gold buried just north of town by two young easterners during the gold rush days. The fate of the treasure still remains a mystery.

A ride through the streets in town gives a glimpse into history as well as a look at the present. One might notice the huge well in the city park, the second largest hand dug well in the state, or the stone marker on Main Street commemorating the Pony Express' route through here. The Nemeha River which flows North, buried gold, and much more historical lore.

The Museum is located in the former Nemaha County Jail on 6th and Nemaha Street. The two story brick building was built in 1879 and still contains the jail cells and the resident jailer'

Seneca\'s library is housed in an impressive historic \"old stone church\", built in 1867 by the Unitarian-Universalist Society and was the first church structure to be built in the community. A campaign to raise money for the church was started by Presbyterian minister Charles Parker. In 1931

Located in the town of St. Benedict, this church was built in 1891-1894 and is on the National Register of Historic Places

After several years of planning and fund raising, Seneca, KS now has a new 18-hole golf course around a 55-unit housing subdivision. Construction began July 2004 with the original seeding taken place in the Spring of 2005. The Course 6,488

Things to do near Seneca, KS