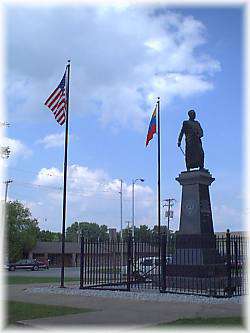 Bolivar, the county seat, was laid out by William Jamieson in 1835. It is the largest town in the United States named for the South American liberator, General Simon Bolivar. The town has been presented with a handsome equestrian statue and two portraits of Simon Bolivar by the Venezuelan government.


Come visit us in Bolivar, Missouri

Things to do Arts near Bolivar, MO

Consists of works by outside artists and exhibition spaces filled with student works....