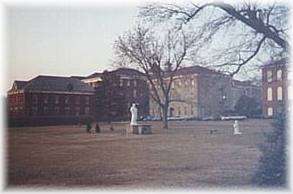 Historical Essays written by local historian, Dorothy Hoobler, are reprinted from the St. Marys Star. Thanks to Dorothy for taking the time and interest to write these essays that give us a glimpse into the life and times of St. Marys, Kansas.

Things to do Historic Churches near St. Marys, KS