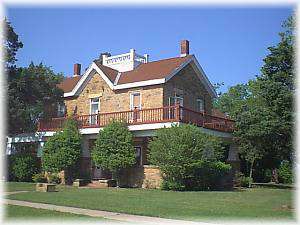 Superintendent's Home has been the residence to 30 Osage Agency Superintendents. In 1994, the home was turned into administrative offices for the recently formed Osage National Council. This building is constructed of sandstone quarried in Osage County and is listed on the National Register of Historic Places.