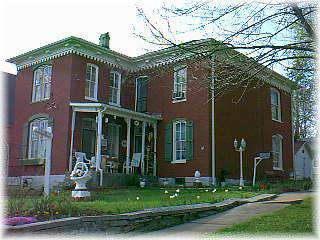 Dr. Hansard sold the west section of his property on Washington Street for the construction of St. Patrick's Catholic Church in 1901. The house was built circa 1872 and is now privately owned and beautifully maintained in its historical style.

Things to do Historic Homes near Pierce City, MO

The Phelps mansion recalls a day of opulence and elegance. Its exterior is constructed of Carthage limestone and conveys an i...