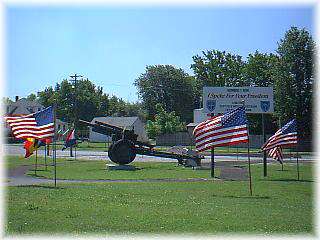 A "Jeannie" howitzer stands aside the veteran's memorial located on MacArthur Blvd. at Miner's Park.

Things to do Memorials near Webb City, MO