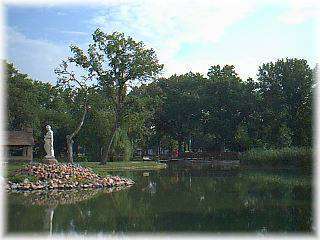 Wamego City Park is a beautiful 12-acre park that was rated one of the best in Kansas. The Wamego Historical Museum and Prairie Town Village, Schonoff Dutch Mill, minature children's train, two-acre pond, Olympic-size swimming pool, and play areas provide the perfect stop for picnicking or playing for kids of any age.

Things to do Park near Wamego, KS

Baseball fields and batting cages are available for the really active, but if a day of leisure and relaxation are in order, t...