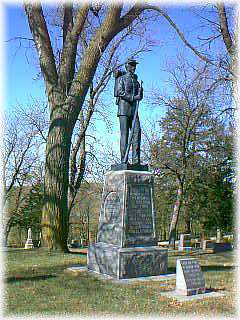 The blacksmith shop was built in 1901 by C.O. Cook, who operated his business for over thirty years. The building, which is listed on the National Register of Historic Places

Things to do Memorials near Ponca, NE