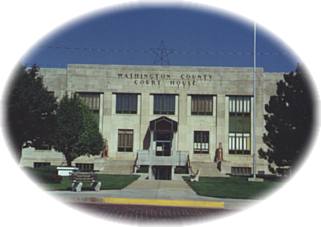 Washington City came into being in 1860, one year before Kansas became a state, being founded by Mr.'s Ballard, Bowen, and Pierce. After the end of the Civil War, settlers came more rapidly and the town began to grow. The coming of the Union Pacific Railroad to the county was celebrated in 1877 and the Burlington Railroad in 1884.

Today, Washington is a small town that has it all! Located in North Central Kansas at the junction of US 36 and K-15, Washington is a proud, caring community that invites you to share their relaxed, quality way of life.

To Washington calendar of events

Things to do near Washington, KS

The Rose of Sharon Sanctuary

The Rose of Sharon Sanctuary stands as a source of inspiration and meditation on the crest of a hill, located from Horton, 2 ...