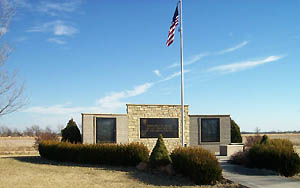 The Environmental Education Area provides an excellent opportunity to experience and learn about the nature of eastern Kansas...

Installed in 1938 on the lobby walls of the Neodesha Post Office is a WPA mural entitled "Neodesha's First Inhabitants" paint...