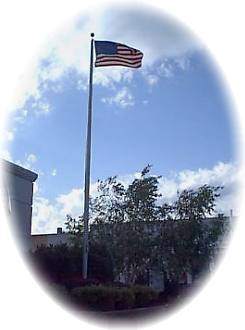 Westville sits quietly in the area of eastern Oklahoma known as the Ozark Highlands. Blackjack oaks crowd the scenic highway that leads you past the Old Baptist Mission church which stands as a memorial to the end of the Trail of Tears, and remarkably, still offers Sunday services.

Once in town you will find the friendly residents and merchants eager to make your visit, or home, a decision you will be glad you made. Just north of Westville, is the breathtaking landmark of a 77-foot waterfall in Natural Falls State Park. Pick up your supplies from Westville and head out for a day or weekend stay at the park.

Historicly, Westville is located in the Goingsnake District of the Cherokee Nation in the northern half of Adair County. The southern half is the Flint District, which is where the city of Stilwell is located. For almost ten years since 1901, the two cities remained in a battle over which city would claim the county seat. Three elections were held in 1905, 1906, and 1910, with Stilwell winning the vote by slim margins each time. But the first time the vote was not accepted by the U.S. Congress and the Constitutional Convention of 1906 awarded the seat to Westville. But Stilwell residents petitioned for new county seat regulatory laws and another vote was opened. The second and third votes went to Stilwell again by low margins, but the Westville residents called up illegal voting in the southern half of the county. After the third vote and nearly ten years, a referee concluded there was insufficient evidence of illegal voting and Stilwell finally and officially won the county seat battle.

Many early graves dating back to the days of the old Mission are marked for reverence. Located across the street from the Old Babtist Mission Church built in 1888 and still in use.

The establishment of the Baptist Mission marked the end of the Cherokee Trail of Tears. Sunday services are still held in the 1888 church. The historical marker on the front lawn reads:

"About 4 miles north and west

Establsihed by Rev. Jesse Busyhead in 1839

A signer of the treaty of New Echota and grandfather of famed Will Rogers. Robert Rogers moved with his wife, Sally Vann, to Indian Territory about 1837, and established a home about 1 mile northwest. He was killed in 1842

Many early graves dating back to the days of Westville's settlement are marked for reverence.

Deer and Small Game - Deer and small game are found in woods, fields, and forests in the Westville area. Hunting by permit in the Cookson Hills Game Refuge near Lake Tenkiller - turkey, quail, rabbit, squirrel, elk, and deer.

To Westville calendar of events

Things to do near Westville, OK