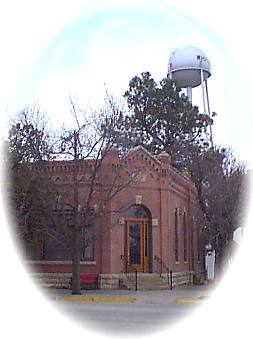 In 1885, the McPherson branch of the Missouri Pacific came through Milton Township, Butler County, Kansas. A station was located near the center of the township and the town of Brainerd was quickly built. The next year the Rock Island came through the western edge of the township, located a station, and built a depot at the junction of the two railroads. By August 1887, the first trains were run. A town was plotted and laid off by the Golden Belt Town Company. A few businesses started in the town and an equal number moved their businesses from Brainerd, including the bank and newspaper.

As to where Whitewater got its name, it is said that the company that plotted the town wanted to name it Neiman after the postmaster who owned the land where the town was platted, but he would not let it be so. The land area was known as Whitewater Valley Land from a creek that ran along the west county line, so it is believed the name came from this source.

Whitewater offers a distinct advantage as a bedroom community to the surrounding metro area. Lying to the east are the Flinthills of Kansas, characterized by grassy plains and valleys with some of the country's best upland bird hunting. The Eldorado State Park and Lake offers outdoor recreation in swimming, water-skiing, boating, fishing and hunting. To the west, with the glitz of the metro providing and expanse of urban diversity, residents are in near proximity to a variety of entertainment and abundant shopping in the Wichita metropolis.

We currently do not have any events for Whitewater, Kansas in our database. If you know of events taking place, please add the event
.

Things to do near Whitewater, KS

The Methodist-Episcopal Church was organized in 1879, in connection with the Havensville charge. The appointment remained a p...