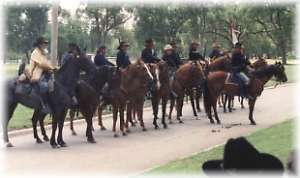 Dedicated in 1987, the Memorial Wall commemorates those men and women since 1887 who tamed Northwest Oklahoma, survived its natural disasters, and preserved the land for all to enjoy. The memorial honors veterans of all wars and tornado victims, and also displays etched maps of the counties.