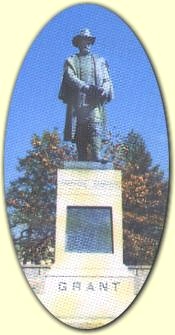 The land where Leavenworth and Fort Leavenworth are located today was originally inhabited by the Kansa, Osage and Delaware Indians and today many of our streets are named after these and other local Indian tribes.

Somewhere in the vicinity of present day Salt Creek Valley northeast of Leavenworth, the French operated a fur trading post for possibly a score of years in the mid-1700's. This was the earliest white settlement of the region.

In 1854, the City of Leavenworth was founded as the very first city of Kansas.

In 1858, the Sisters of Charity of Leavenworth settled here. In 1864, the Sisters opened St. John's Hospital and in 1923 founded St. Mary College.

In 1863, the legislature passed an act to erect the Kansas St. Penitentiary on a site which is now located within the city of Lansing. The contract to build the prison was let in 1863 and work started in 1864. However, because of money difficulties connected with the Civil War, work stopped in 1864 and did not resume again until 1866. The building was first occupied in 1868.

In 1878, Lansing was platted into town lots.

In 1881, the school that was later to become the U.S. Army Command and General Staff College was founded on Fort Leavenworth by General William T. Sherman. Some of the many famous students and instructors at the college are George C. Marshall, Dwight D. Eisenhower, Douglas MacArthur, Colin Polwell and George Patton.

In 1885, the Wadsworth of Old Soldiers Home was built, and later became the Veterans Administration Center. In 1893, the Immanuel Chapel, made famous in Ripley's "Believe It or Not", was built on the V.A. grounds.

In 1906, the first cellhouse of the Leavenworth Federal Penitentiary was opened. Among the infamous criminals incarcerated here were Al Capone, Machine Gun Kelly and Robert Staud, the Birdman of Alcatraz.

There are a great deal of wonderful sites and experiences waiting for you and we hope that you will get the opportunity to enjoy some of our renowned Kansas hospitality.

The Lansing Correctional Facility (LCF) is the oldest and largest facility in the Kansas Department of Corrections (KDOC) for detention and rehabilitation of male adult felony offenders. Legislatively approved in 1861, LCF is built on 2,711 acres. Accredited most recently in 1996

The National Fred Harvey Museum seeks to: * Restore the Harvey residence in Leavenworth to its historic magnificence. * Increase public awareness of Mr. Harvey's achievements and his contributions to civilizing the great American Southwest. *

Visitors can enjoy outdoor recreational activities at one of Lansing's four parks. LOST 80

No longer a private institution, this four year college is located across the street from the Veterans Administration Center. The College's administration building, St. Mary Hall, was completed in 1870. Visitors are welcome to visit the De Paul Library's Special Collections: