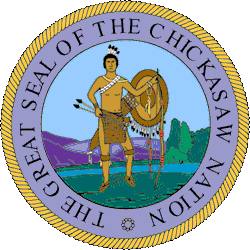 Pontotoc County was created in 1907 from part of the old Chickasaw Nation. The county name honored Chief Pontotoc, and meant "Cattails growing on the prairie" and located in the southeastern part of Oklahoma.

As determined by members of the Constitutional Convention, the county seat was Ada, which had been established in 1893 by Jeff Reed, a Texas cowboy who named the town after his daughter. It was the site of a federal courthouse and the seat of Recording District 16 in the Indian Territory. The first railroad entered Ada in 1900 and by 1904 the population exceeded 3,000.

Ada was the town in which "Killin' Jim" Miller was lynched April 19, 1909 for the killing of a Pontotoc Co. rancher, A.A. "Gus" Bobbitt. Killin' Jim's most famous victim was Pat Garrett, whom Miller supposedly bushwhacked in 1908.

The county is drained by the Canadian, Clear Boggy, Muddy Boggy, Little and Big Blue Rivers, and their tributaries, and is nationally recognized as a coon hunters' paradise with several different hunts scheduled in the Ada area.

Ada is also a natural center for rock hounds far and wide, as it is within driving distance of rose rocks, trilobiles, braachipods, crincio bulbs, and the largest example of Callixylon, or primitive wood, known to exist.

Located on a hillside in the center of town, East Central University is one of Ada's crown jewels. A state-supported, fully accredited regional four-year university, ECU serves over 4,500 students. Founded in 1909

At the Chickasaw Tribal Complex, Headquarters of the Chickasaw Nation, the Cultural Center is located in a beautifully preserved two-story building and offers an educational look at modern tribal society, plus providing an opportunity to view tribal artifacts dating back to the 1500s.

Ada is blessed with a variety of recreational activities which include a strong tennis program, four softball fields, two golf courses and a skeet range. The Ada area is nationally recognized as a coon hunters' paradise with several different hunts scheduled here.

The Pontotoc Co. Historical and Genealogical Society was organized in October, 1967 in the home of Mrs. Mattie Logsdon at Ada, Oklahoma. Our purpose has been many-fold, We are attempting to copy and preserve the history of our county as many of the early towns and villages no longer exist;