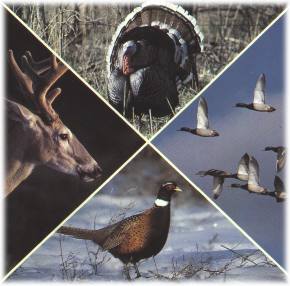 For more than three centuries, Stafford County was, figuratively speaking, a "house by the side of the road, where the race of men go by."

With the early exploration in Kansas by Coronado in 1541, from Spain, his route was destined to become one of the most historic roadways of all Kansas. In 1740, the Mallet brothers traversed it on their tour of exploration; Zebulon Pike trod its miles on his way to Colorado in 1806. This same strip of bottom land became part of the Santa Fe Trail and continued to be the chief thoroughfare of central Kansas until the coming of the Atchison, Topeka, and Santa Fe --and even the railroad followed the same route as far as Kinsley.

Stafford County was created in 1868, although not formally organized until 1879, with the required 600 population requirement. It was named in honor of Capt. Lewis Stafford, a Civil War soldier in the lst KS Infantry. After incarceration in Andersonville, Stafford was killed at the battle of Young's Point in Louisianna.

The Mormon community of "Latter Day Saints" is generally credited with first settling the county as well as building the first church in the county. Arriving in 1875, some 25-30 ox-driven vehicles rolled in coming from West Virginia and Pennsylvania.

Their homestead clustered around the exact center of the county. The established a Post Office in the name of Zion Valley.

In 1886 the first iron horse, the train, thundered into Stafford. The line was the Chicago-Kansas and Western. This was changed to the Santa Fe ten years later. The AT&SF railroad runs east/

The Ritz Theater on Main Street has been preserved and is used for occasional performances. Plans are underway for regular performances. The building is available for concerts and private movie showings; the cost is $25/hr. or $100/day. Two projectors are available(16m & 35m-gas.)

Brown Park is complete with playground equipment, a swimming pool, tennis and

We currently do not have any events for Stafford County, Kansas in our database. If you know of events taking place, please add the event
.