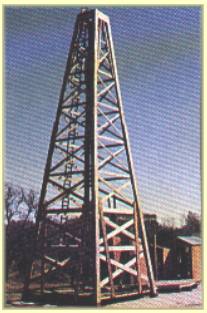 Wilson County is an old county. It was named for Colonel Hiero T. Wilson an officer at Fort Scott. Originally, the lands were part of the Osage Indian Reserve and subject to white man's occupation. During the Civil War the white man began moving in. The Kansas legislature of 1867 set the dimensions of what we call Wilson County. This was a troubled time with the north and south both being represented as well as the white man versus the Indians.

The struggle to become a county took many years. From about 1855 until 1867 the biggest struggle was over where the county seat was to be located.
History tells us the county seat has been moved six times. Each time with
controversy; theft of county records, raids on the courthouse in broad daylight, threats to local holders, neighbors and relations and actual shootings.

Trivia Questions about the History of Wilson County

Q)1. What former Fredonia musician gained fame by playing in the John Phillips Sousa Band and later becoming even more well-known for his collection and composition of Indian musical themes, as well as voice, piano, flute, band, and orchestra?

Q)2. What Wilson County native was the first person to break the sound barrier?

A) The test pilot Capt. Milburn Apt, of Buffalo, Kansas, was the first person to break the sound barrier.

Q)3. What Wilson County town could boast the only "petticoat" government in the world in 1935?

A) In 1935 the mayor and city council of New Albany, Kansas were all women. This made New Albany the only "petticoat" government in the world.

Q)4. Who was the Wilson Countian awarded the Carnegie Medal of Honor in 1922 and for what act did he receive this award?

A) Samuel P. Booker of Altoona, Kansas was awarded the Carnegie Medal of Honor in 1922 for his attempt to save two young men. The men had become overcome with "white damp" gas while cleaning a 33 foot well on the Mayor family farm near Neodesha. Booker lost his life in this attempt. The medal is on display at the Wilson County Historic Society Museum.

Bandstand on the Courthouse Lawn

This charming bandstand was built in 1932 as a W.P.A. project. The roof was destroyed in the early 1960's and local residents and businesses donated money to rebuild it, with a picture from the county museum as the only guide.

40 x 60 foot flag greets residents and travelers from atop a 100 foot flagpole rising from Fredonia's South Mound. Beautiful park setting with views for miles around.

Built in 1872, the Stone House was one of Fredonia's early residences and is a State of Kansas Historic Site. Today, it is the home of the Fredonia Arts Council.

It is a double treat to view the unique exhibits at the Wilson County Museum because they are on display in the jail cells of the old Wilson County Jail.