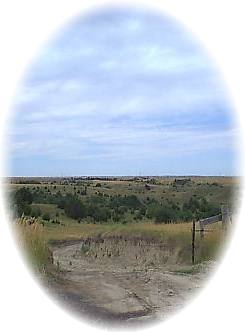 This area of the country was established in the mid-1880s when the Burlington and Missouri Railroads built a route through this area. It was named for its geographic location in a frontier region of sparse settlement.


The county seat of Frontier County is Stockville which still maintains its courthouse that was built in 1888 with a historic monument on the front lawn. At the fairgrounds a log cabin built in 1882 is on display. Speaking of fairgrounds, Frontier County is the only county in Nebraska to host two county fairs - one in Stockville and one in Eustis. Eustis is also the center of a delicious celebration during its German Wurst Tag the second Saturday in June.

Maywood celebrates Old Glory Days near Memorial Day and is located within 25 miles of three lakes. Red Willow Reservoir and Medicine Creek Reservoir both lie in the southern corners of the county. Lake Wellfleet is only a few miles north of Maywood, which is also the location of Dancing Leaf Earth Lodge offering visitors a unique opportunity to experience primitive Native American life.

Frontier County is a haven for hunters and fisherman with both reservoirs offering Wildlife Management Areas. The surrounding communities welcome sportsmen with good food and accommodations.

In 1882, Ambrose Shelley built a log cabin by Medicine Creek and lived with Indians on Srping Creek during tis construction. Buffalo rubbed it unitkl it fell down, so he was forced to move it across the creek. In 1926

To Letha and Marlin Perks, Prairie Paradise is their home - truly in the midst of Nebraska's frontier prairie located on the very land Marlin's grandfather homesteaded in 1889. Curious travelers may wonder when they come to the tee crossing of Stockville'

The first county courthouse was built of ash logs and was about 16 feet by 16 feet square, the size of the native ash trees. Rumor has it that the first location for the courthouse was chosen because it was the exact geographical center of the county.

A number of former residents achieved state and national prominence: * Heading the list is former Governor Frank Morrison and his wife, Maxine. Morrison began his law practice in Stockville. * Former Governor Ralph Brooks grew up here. His father lost an election in the 1890