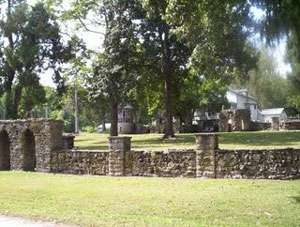 The ancestral home of Fred and Mabel Ruth Anheuser, affectionately known to many as Fredmar Farms, is located in Kimmswick, Missouri just 25 miles south of downtown St. Louis. This historic estate was gifted to Fred and Mabel Ruth in the 1940's by his father, W. Fred Anheuser. Fred's great grandfather, Eberhard Anheuser, was the founder of E. Ahneuser Brewing Company. The brewery later became the Anheuser-Busch Brewing Company, producer of world famous Budweiser Beer, after Eberhard's daughter Lillie married Adolphus Busch. Fred was the last Anheuser to work the brewery retiring as a Vice-President.

Fred passed away in 1984 and his beloved wife Mabel Ruth followed him in death in 2000. Through the generosity of Mabel Ruth and her heirs, this pristine river estate and its 23-acre grounds were donated to the City of Kimmswick. With the help of the Anheuser heirs, family and brewery artifacts and other memorabilia have been preserved for public viewing in honor of the contributions that the Anheuser family made to Kimmswick and the entire St. Louis region.

The Anheuser collection includes family heirlooms, antiques, portraits, and a family library. Accenting the collection are Mrs. Anheuser's Westward Ho Crystal collection, a pair of 1904 hand-carved World's Fair beds, and an original "Feasting Fox" perched on the bluffs overlooking the mighty Mississippi. The grounds feature splendid views of the river and its indigenous wildlife. Bald Eagles are often spotted soaring above the river bluffs. The grounds also include several outdoor arenas occupied by the beautiful riding horses still stabled at Fredmar Farms in memory of Mabel Ruth who was an accomplished equestrian.

For information on group tours, please contact Kaye or Jeff with the City of Kimmswick. Reservations for groups of 25 or more are offered at a reduced rate.