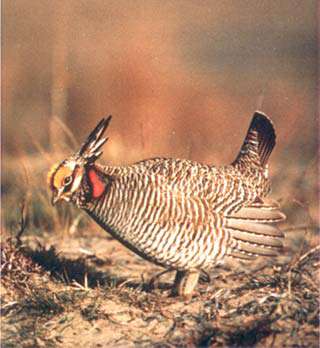 The Cimarron National Grassland stretches as far as the eye can see, and is available for public hunting. A major drawing card for hunters is that the Grassland is the largest parcel of public land in the state of Kansas. There are 108,175 acres open for hunting upland birds, small game, varmints, and large game. Hunters often come to the Grassland from all over the United States to hunt one particular species of game, see the diversity of wildlife here, and wind up coming back to hunt another species.

Hunting for antelope, mule deer, whitetail deer, and turkey hunting requires a valid Kansas hunting license plus a permit obtained from the Kansas Department of Wildlife and Parks on a drawing-type basis.

Hunters often inquire as to where each species of game bird is most commonly found. Naturally, we cannot guarantee that they will find what they are looking for in each of these areas, but a general summary of habitats follows:

The flat terrain of the Cimarron National Grassland makes it especially attractive to physically-challenged hunters. This topography, combined with the numerous oil- and gas-facility roads that provide easy access to virtually every part of the Grassland, make it ideal for use by disabled hunters.

When hunting, be aware that oil and gas facilities have personnel who maintain these facilities daily and may also have high-pressure lines above ground. There are other uses of the Grassland to watch for as well such as grazing cattle. If you see these facilities or cattle down range from where you are shooting, we would encourage you to pick a safer angle or location from which to shoot.