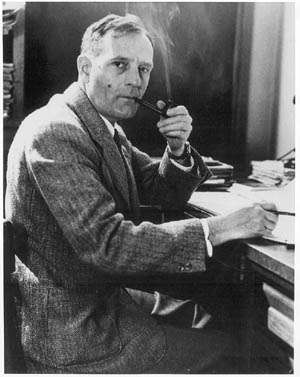 Edwin Powell Hubble is renowned for determining that there are other galaxies in the Universe beyond the Milky Way, and for observing that the universe is expanding at a constant rate. He also discovered the degree of redshift observed in light coming from a galaxy increased in proportion to the distance of the Milky Way. This became known as "Hubble's Law and would help establish the universe in expanding. Today a 1/4 scale replica of the Hubble Telescope sits on the west side of the courthouse. There is also a portion of Interstate 44 through Marshfield that is named the Edwin Hubble Highway.