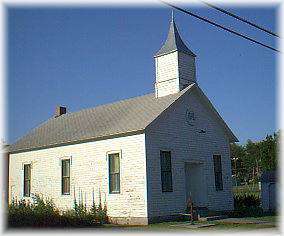 Now, nearly extinct as an educational institution, this one room school, built in 1884, stands proudly on the museum grounds - a monument to the importance the prairie pioneer placed on educating their young. Many a rural student was provided eight years of "readin','ritin', and 'rithmetic" in just such a building as the District 44 school (Beach School).

Complete with two outhouses and a coal house, this country school complex continues to house the occasional class of students who learn what schooling was really about, many years ago.

The museum offers a program to schools to have a teacher and students spend one day or a half day in the school. The museum will provide games and drinks, the teacher will bring school lessons with them. It is a special day that you spend with a student. Call the museum to schedule your time at the "Country Schoolhouse".

Things to do Historic Schoolhouses near Superior, NE