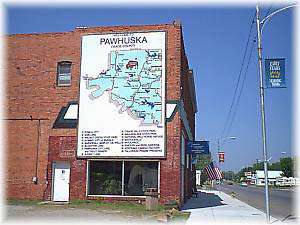 Things to do Information Centers near Pawhuska, OK