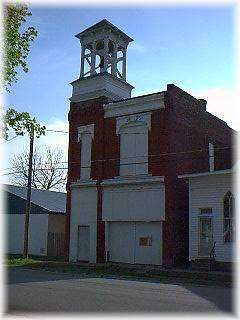 Listed on the National Register of Historic Places, the old City Hall and Firehouse was built in 1886 and houses two vintage fire trucks from overseas.

This building is privately owned.

The following information is from the web page of the National Register of Historical Places, Missouri - Lawrence County:

Things to do Historic Buildings near Pierce City, MO

ON THE NATIONAL REGISTER OF HISTORIC PLACES This historic building still stands at the corner of Walnut and Commercial Str...