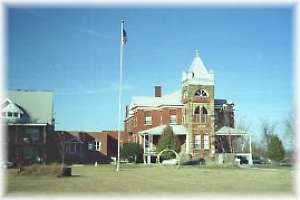 One Checotah National Historic Landmark which continues the service which began just after the turn of the century is the IOOF Home. In 1902, a farm of 160 acres and $5,000 was offered by W.E. Gentry and his wife, Sallie, and was accepted by the IOOF. The local lodge, chartered in 1895, realized a need for the housing and care of the aged and orphans. The three-story Romanesque building was completed and dedicated on April 14, 1903.

Things to do Historic Buildings near Checotah, OK