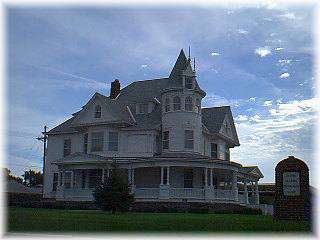 
Built in 1898, the Andrew M. Hargis House is a fine example of the Queen Anne style and also incorporates Neo-Classical Revival detailing in its design. Hargis founded the Grand Island Business and Normal College in 1885. The house has been owned by the Grand Island Woman's Club since 1953.