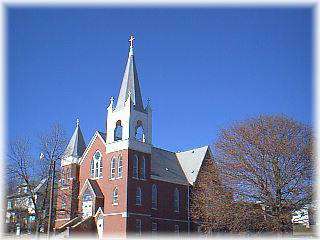 Augustana Lutheran Church's organizing charter was signed October 31, 1910. A group of Swedish Lutherans had settled in the area north and east of Genoa. Work began as early as 1908 with the Rev. A.S. Becklund of Salem Lutheran Church of St. Edward. The first service was held in the basement in November of 1911, and the sanctuary was dedicated December 11, 1913. The church looks much the same as it did when it was new, including the altar, with a statue of Christ, which was an original furnishing of the church.

Things to do Historic Churches near Genoa, NE