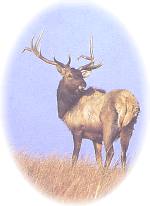 The 1921 Canton Township Carnegie Library still seems to be in great shape on North Main. It was the last Carnegie Library built in Kansas and placed on the National Register of Historic Places in 1987