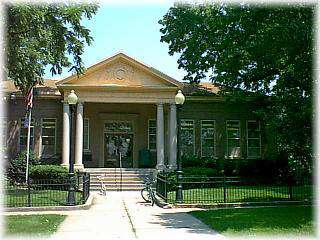 In 1907, the Fairbury community received a grant of $12,500 from Andrew Carnegie. Ground was broken on October 5, 1908, and the library opened to the public December 10, 1909. The building is a fine example of the Neo-Classical Revival style, designed by the Lincoln architectural firm of Tyler and Son.

Things to do Carnegie Libraries near Fairbury, NE