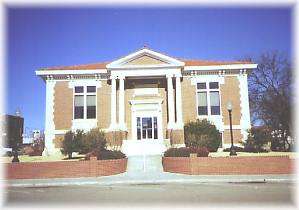 Perry Carnegie Library was built in 1909 at a cost of $10,000, the exact amount provided in a gift from Pittsburgh steel magazine Andrew Carnegie. It is regarded as one of Perry's most prized possessions. An extensive renovation and space expansion project with an estimated cost of $450,000 was completed in 1991, with all funds coming from private local donors.

The library's stately stone entryway columns, sturdy red brick exterior walls and red tile roof have inspired admiring comments from builders of the modern era. It is one of the few Carnegie libraries remaining in Oklahoma. Mr. Carnegie donated some $40 million for 1,697 libraries in American towns and cities. Oklahoma received nearly $500,000.

Things to do Carnegie Libraries near Perry, OK