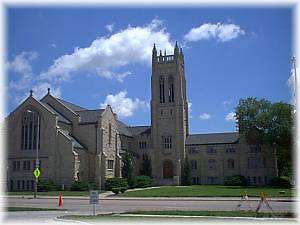 This impressive limestone church was erected in 1929.

Things to do Historic Churches near Beatrice, NE