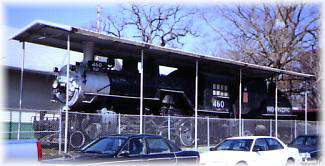 Nearby are the Beattie depot (circa 1870) and the former Bommer School House. The sod house was created by the Marysville Kiwanis Club to depict life in its earliest days in this community.

Things to do Railroad History near Marysville, KS