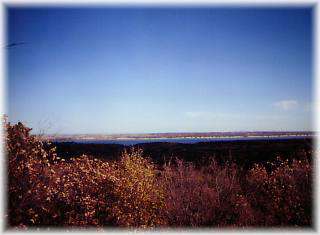 Located by taking a rural road north off Highway 12 east of Niobrara towards the City of Santee. It is best located by asking directions once you have reached Santee.

Hayrack rides are available by reservation (groups of 15-25) in spring and summer. In the fall, hayrack rides run on weekends...