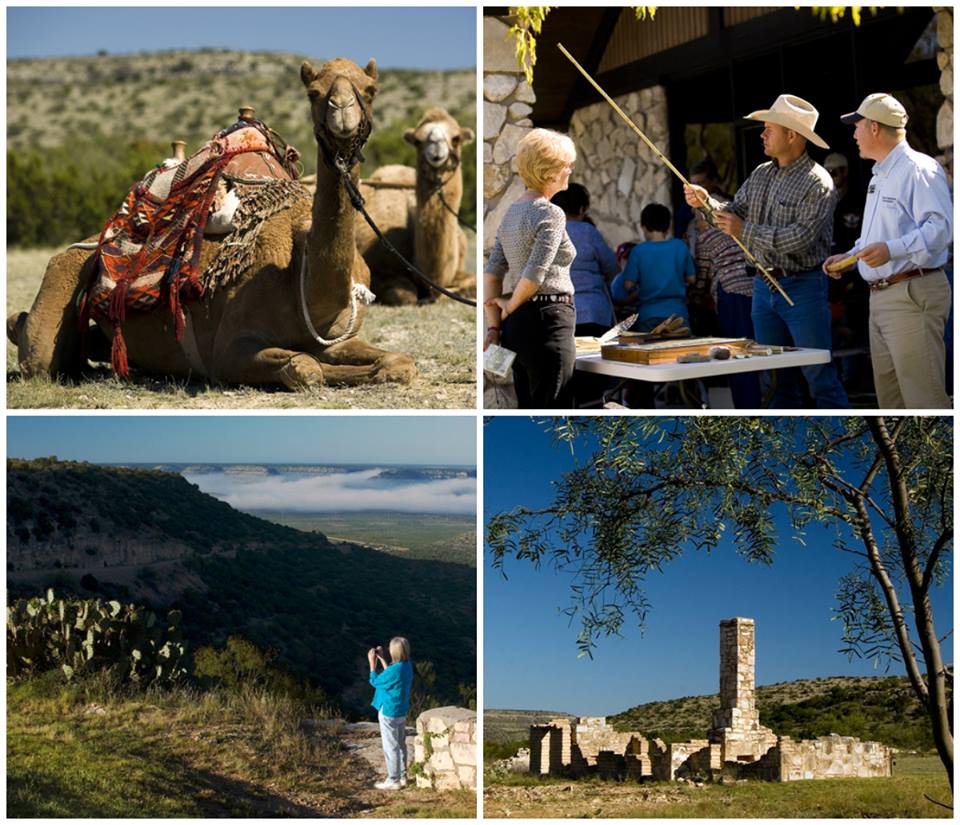 The 82-acre park was originally donated to Crockett County in 1965 by the Meadows and Benckenstein families for preservation and public use of the site and was transferred to the Texas Parks and Wildlife Department in 1968. Today it is managed by the Texas Historical Commission.

Originally established as Camp Lancaster in 1855, the fort was strategically located on the military road between San Antonio and El Paso, near an important river crossing which an early surveyor called Indian Ford. Fort Lancaster was one of four posts placed to protect the route. At the height of development, it consisted of 25 permanent buildings and had an average complement of 72 men and four officers.

During the Civil War, the fort was abandoned by the federal troops to be manned for a very brief period by the W. P. Lane Rangers (Texas Rangers). Company K of the 9th Cavalry (Buffalo Soldiers) occupied the Fort in 1867 and 1868. During their occupancy, a fierce and deadly one day battle was fought on the fort site, when a large party of Kickapoo attacked. They were repelled, but took 38 head of horses and mules after killing three civilian laborers. Eventually Fort Lancaster was abandoned and never garrisoned troops again.

Note: The Visitor Center at Fort Lancaster is currently under renovation. The site remains open for free tours of the fort ruins.


Come visit us in Ozona, Texas

David “Davy” Crockett was born in Tennessee on August 17, 1786 and died a hero on March 6, 1836 at the Battle of the Alamo in San Antonio, Texas. A memorial to Davy Crockett stands at the south end of Ozona's town square, and Crockett County, formed in 1875

Crockett County is home to the Escondido Draw Recreational Area, a 3,400 acre park. The park is open to all-terrain vehicles and includes a 35+ mile single track trail for dirt bikes and 23+ miles of scenic trails and challenging hills for ATVs and OHVs.

"The Tie That Binds" is a memorial to the pioneer families that came to settle this land and to those who followed. It signifies the work, the determination, and the hardships endured by our ancestors.

To Ozona calendar of events

Things to do Historic Sites near Ozona, TX