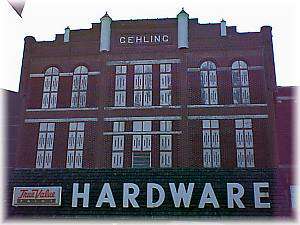 Constructed in 1892-93 by the Gehling family, owners of the local brewery, the three-story brick building has a large opera house on the second level. The interior features a curved balcony and a huge proscenium arch, which fills the entire wall of the opera house. Old posters advertising silent movies remain on the walls backstage.

Listed on the National Register of Historic Places, the opera house once hosted stars like Fanny Rice and such classics as "Uncle Tom's Cabin," and "Shepherd of the Hills." The building is used today for retail business and storage.

Things to do National Register near Falls City, NE