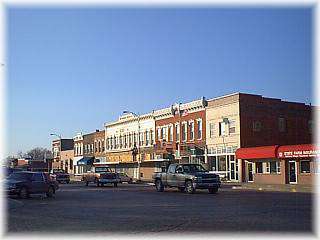 Overlooking the north fork of the Big Nemaha River in southeast Nebraska's Drift Hills region, Tecumseh has been the county seat of Johnson County since the county's organization in 1856-57. The Tecumseh Historic District is a fine example of a late nineteenth century county seat town in Nebraska. A wide range of important building types and building materials exist in the approximately fifty square blocks of the district listed on the National Register of Historic Places. Tecumseh was the first town in Nebraska to receive this recognition.