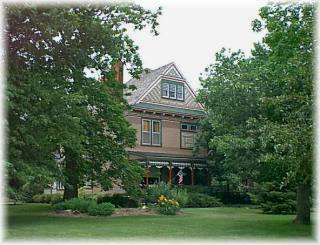 Listed on the National Register of Historic Places, this house was built in 1890 for early Geneva settler, George W. Smith, who established a loan office, the predecessor of the First National Bank of Geneva. Through his banking business and also as a partner in a land development company, he platted and promoted the sale of building lots in Geneva in the early 1880s.

In 1925, the house was converted to a hospital by Anna Eggenberger, a registered nurse, and remained as such until 1942. The frame house is a good example of Queen Anne style.

Things to do National Register near Geneva, NE