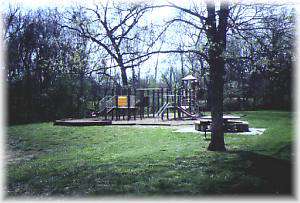 
Located at Grove park is also the Municipal Swimming Pool which is open to the public from Memorial Day each spring to Labor Day each fall. Shelterhouses and picnicking facilities are provided at the parks.