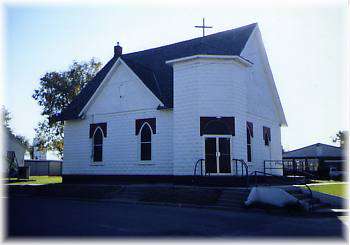 The First Baptist Church was organized in the early 90s by Reverend P.G. Shanklin. Pascal "Pack" Glass was ordained in this church after having conducted services in various homes of his neighborhood. Most of the people attending these meetings were Kentuckians who had been affiliated with Baptist churches in the East. This group called themselves Missionary Baptists to differentiate from the "Primitive" or "Hardshell" Baptist.

Things to do Historic Churches near Lakin, KS