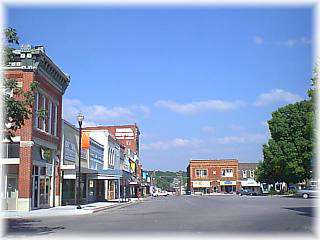 A large portion of downtown Neosho is listed as an historic district in the National Register of Historic Places, including the Second Baptist Church, built in the Victorian Gothic style of 1896. Neosho's history is well-documented
with historical markers, making a local heritage tour a simple matter.

Things to do Historic Downtowns near Neosho, MO