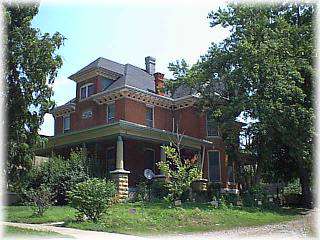 1014 E Street: Eclectic-style home built in the early 1920s by the Busboom Bros. as a speculation home. Things to do Tours near Fairbury, NE