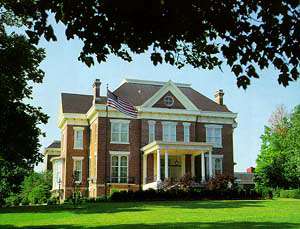 Home of the Illinois Governor, the mansion is the third oldest, continuously occupied Governor's home in the nation. Seven US presidents including Lincoln have been received here. Three levels are open to the public including four formal parlors.

The final resting place of President Lincoln, his wife and three of their four children. Constructed 1869-1874