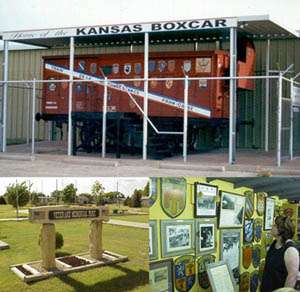 Pete "Fritz" Felten, Jr. was born and raised in Hays. Pete was a track star and expert swimmer in high school and spent one year at Fort Hays State College. His interest in art and sculpting began during his time of service in the U.S. Navy between 1952 and 1956

The 1895 Kansas legislature declared, "The experience of the settlers of the settlers upon the plains of western Kansas has demonstrated conclusively that agriculture cannot be pursued with profit under existing natural conditions."