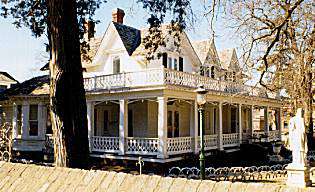 The museum holding the world's largest, private collection of antique Allis-Chalmer tractors was dedicated on May 29, 1998. T...