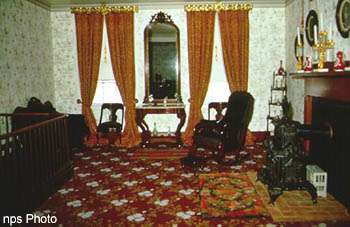 The Quaker-Brown residence, where the Abraham Lincoln family lived for seventeen years was the only home the Lincolns ever owned. Abraham Lincoln was born and raised in a one-room log cabin;