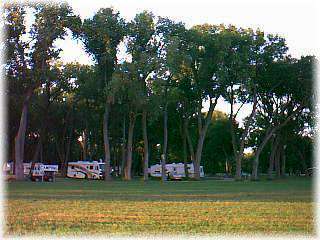 Spacious Lincoln Park has a shaded camping area with cement pads and free hookups for 20 campers, as well as a beautiful botanical garden. A dump station and modern restrooms are also provided, as well as a horseshoe pitching area, sand volleyball, tennis courts, picnic shelters and a children's playground.

Adjacent to the park are a bird sanctuary for bird watchers, a wilderness trail for hikers, and the Wildcat Community Track for walkers and joggers.

Things to do RV Parks near Superior, NE