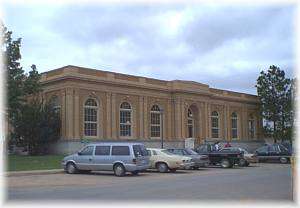 The Okmulgee Public Library, organized in 1907 by a local women's civic organization, was incorporated in 1910, and became a department of the City in 1914. The present Library building, the result of $100,000 in bonds voted for library purposes, was dedicated May 27, 1922, and became the first library in the state to be built with local funds. On July 26, 1983, it was listed in the National Register of Historic Places, and on May 1, 1987, celebrated its 80th birthday.

Things to do Historic Buildings near Okmulgee, OK