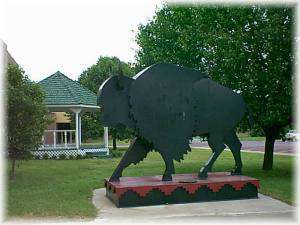 Visitors to the Eufaula Dam will enjoy seeing an interesting 8 foot by 16 foot mural painted by Indian artist, Monroe Moore, ...