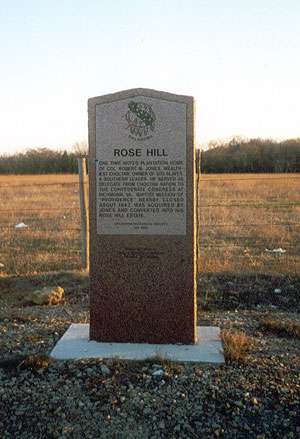 One time noted plantation home of Col. Robert M. Jones, wealthiest Choctaw owner of 500 slaves. A Southern leader, he served as delegate from Choctaw Nation to the Confederate Congress at Richmond, VA. Baptist Mission of \"Providence\" nearby, closed about 1843, was acquired by Jones and converted into his Rose Hill estate.

Things to do Historical Markers near Hugo, OK